On average, an adult moose will consume 25 kg of browse material per day or 9000kgs per year; however it can survive on less. This forage material may come in the form of hardwoods; primarily willow, birch, maple, aspen, pin cherry, mountain ash, dogwood, alder, and others. It also forages on various ground vegetation that includes Canada Yew and several types of aquatic vegetation. Its softwood diet is almost exclusively made up of Balsam fir that range in age from seedling to semi mature and tamarack.

Balsam Fir and Tamarack (locally known as Juniper) is generally a winter food source and may be selected only when deciduous species are unavailable or where moose densities are high. Where balsam fir is prevalent moose will prefer to browse on young twigs and new growth found at the tips of branches on older trees, mainly because both are softer and easier to consume. The needles of balsam fir are flat and soft to the touch while spruce needles are round and hard. Contrary to belief moose do not eat either black or white spruce and I have never witnessed any sign of moose actually eating the needles on tamarack but I have observed many times where they actually consumed portions of the branches of this tree during the winter months once the needles had dropped. The bulk of their winter forage comes from seedlings and saplings that they can either reach while standing on top of the snow layer or by digging beneath the snow layer. Portions of trees are sometimes eaten down to an inch in diameter, a very good accomplishment seeing moose have no top teeth! 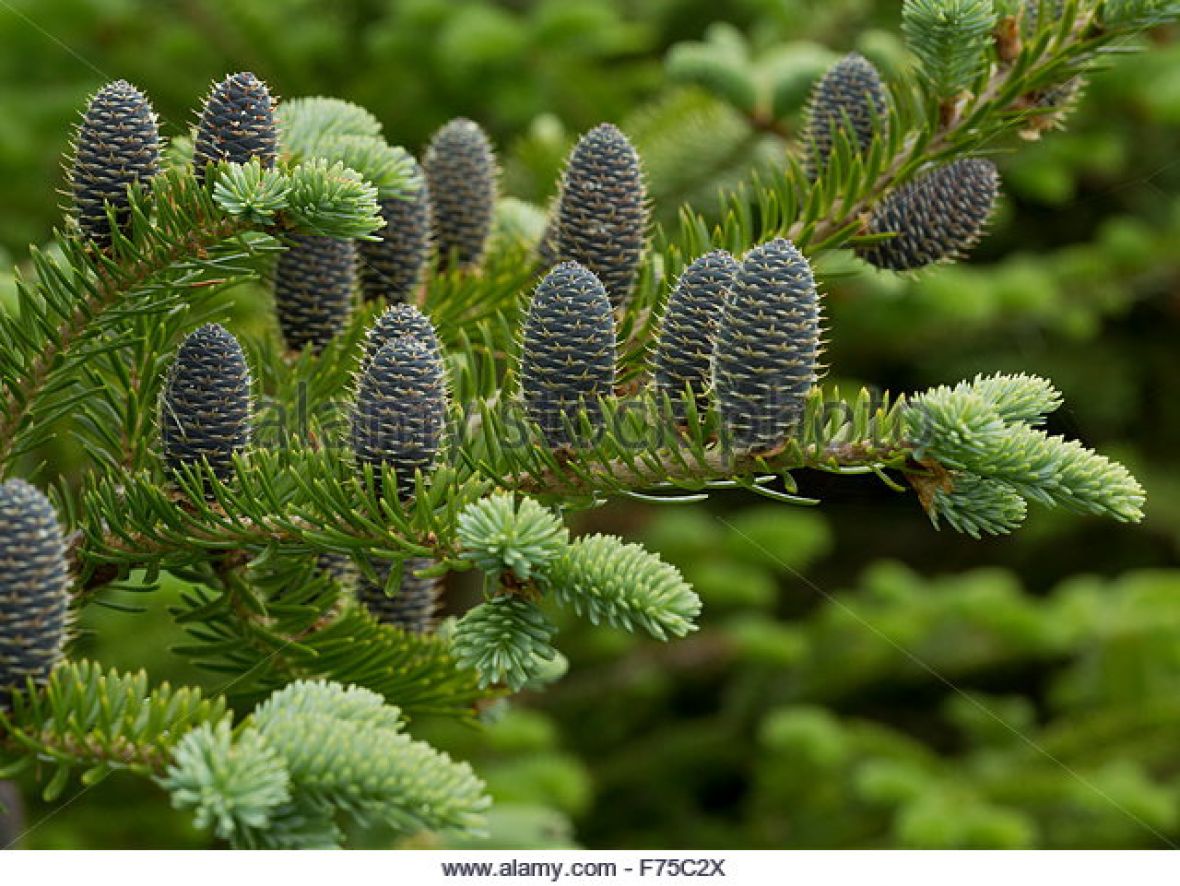 When moose over browse an area the practice inhibits the regeneration of balsam fir in feeding areas and allows less palatable species such as black or white spruce to gain dominance. It is worthy to point out that in some regions of the province studies have proven that moose are not totally to blame for the dissapearance of Balsam Fir forests. Non native Red Squirrels, Meadow Voles and insects are consuming the seeds found in cones. In some areas the average age of the forest has surpassed the optimal age for cone/ seed production and predation on the cones simply surpass production.

The development and growth of balsam fir is severely restricted when the canopy closes mainly because the lack of sunlight reaching the forest floor restricts photosynthesis and impairs soil warming. When this occurs, the lack of balsam fir regeneration allows invasive plant species to prosper in the deforested areas before the canopy closes, many of which will do well for several years and then become eradicated due to the browsing of moose. Moose play a major role in the introduction and dispersing of invasive species in deforested areas with moose acting as vectors, dispersing plant seeds through their fur, feet and feces.

As of 2002 in Gros Morne National Park,  seventy five percent of various landscapes that were once balsam fir forests now have impaired regeneration or have converted to non sufficiently restocked forests due to an over abundance of moose browsing. It is obvious through the loss of these forests and the failed regeneration of balsam fir that the hyper abundant moose population has exceeded the carrying capacity of the land in these areas.  With rapid changes to forested landscapes due to failed regeneration and conversion to non-forest, resource managers needed to take action to uphold their mandate to maintain the ecological integrity of the Park and to preserve and regenerate the forests that were vanishing at a rapid rate.

Adult moose densities on the island are not currently kept in check by predation and populations are generally controlled by the habitat carrying capacity of the land and hunting. Black bears are the predominant predator of moose in Newfoundland, usually at young ages when they are much more vulnerable. Coyotes and possibly wolf are also now in the mix but to what levels is currently unknown, a fact that simply amazes me seeing we only have three big game species to keep abreast of . 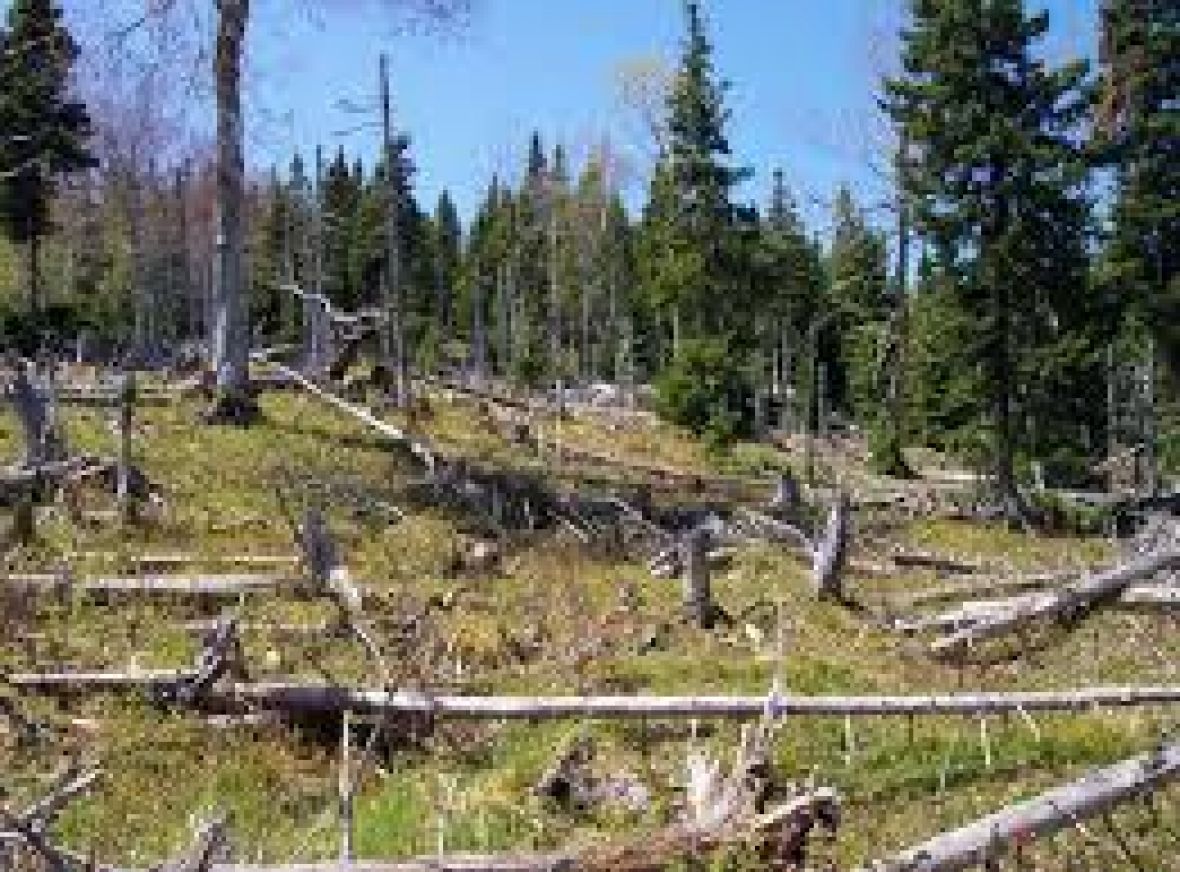 After extensive studies by Parks Canada an effort to restore the overall forest health in Newfoundland’s two national parks was made, a moose hunting reduction program was introduced for both the Gros Morne and Terra Nova National Park in 2011 with 530 licenses made available to the public. There was a no hunting policy in place within park boundaries before. In the same year a total of 5,020 additional moose licenses were issued for the island of Newfoundland (including both the National Parks) and the season was extended by one week in addition to the three weeks added to the 2010 season. In 2012 the number of licenses issued in the two parks was again increased by 415 with a total now of 945. By the time of the start of the 2015-2016 hunting season the number of licenses issued in the two parks were 950 (a 50 license decrease from the year before) for Gros Morne and 90 for Terra Nova.

In my humble opinion I feel this is the where we are regarding moose numbers in the province. No longer will we see numbers around the 120,000 mark, I don’t expect to see them managed anywhere north of 80,000. An estimate of the moose population in Newfoundland during 1958 was 217,000 animals and was likely the largest number ever for the island. The current estimate, as of 2015, has 110,000 moose roaming the forests of this province.

I believe that the surveys conducted in both of the national parks on moose browsing was the beginning of the end for moose numbers as we once new them. The ecology proponent foremost, along with the public outcry of moose vehicle accidents was the driving force behind the moose reduction program that was implemented in 2011, which one might say was for the entire island and not just a national park initiative. Why it was extended to include many inland areas miles from any black top and outside the boundaries of the two national parks is anybody’s guess, unless other factors such as forest ecology were at play.

Moose are regarded as the most important big game species in Newfoundland and provide important recreational, food and economic benefits to the province. The big game outfitting industry alone brings an estimated 12-13 million new dollars into the island portion of the province every year just through outfitter fees and non-resident license fees , an addition 100,000 new dollars is brought into Labrador for black bear and wolf hunting. These numbers do not include spin off values from non-resident hunters for things such as travel costs, ferry crossings, hotels, food, gas, fuel, guide gratuities, spirits, or souvenirs.

In 2015 resident big game license sales put 1.6 million dollars into the provincial coffer. Again this number does not include what locals spend while hunting. With nearly 27,000 resident licenses issued in 2015, of which 8000 are partner licenses where quite often both hunters partake in hunting activities at the same time, the estimated amount of revenue generated is 12-15 million addition dollars. Although these monies are not new dollars they are still highly important for local businesses each and every fall and they still churn the economy.

Why big game hunting and hunting in general is not afforded the same or greater level of economic importance to that implied for forestry, mining, farming and fishing to this province falls beyond reason. Forestry has ruled over this sector since its beginning in the early 1900’s. One would think that now the forestry sector has finally reached critical mass and crashed through forest depletion brought on by an overzealous provincial forestry division in the last 25 years, there would be room for the ever sub-serviant hunting sector to take its place as a leading economic driver for the province. I hope this proves to be so but suspect not and often wonder if the crash of the forestry sector is not being partially blamed on the moose and to reinstate forestry at the top of the ladder, moose numbers must be addressed first!

With all this in mind I would expect to soon see a start in the reduction of moose licenses issued for residents and outfitters alike on the island as moose numbers decrease to palatable levels for ecologists. Many residents are already noticing the drop in numbers in many Moose Management areas of the province and are justifiably concerned that future province wide success rates for hunters will fall to the 40-50% range or lower as they are in other moose jurisdictions in Canada.  Traditional success rates have been in the mid-low 60% range since the mid 2000’s. A recent chat with a wildlife official informed me that the current big game moose and caribou quotas are in place until 2017.

Maybe the overall management plan might encompass a scenario where big game license numbers are kept high and the subsequent low success rate tolerable. This would keep pressure off politicians from locals who want to obtain a big game permit every year or two and also please ecologists who know that low success rates translates into fewer moose on the land. Until we reach success rates in the 40-50% levels I suspect most Newfoundlanders will remain silent on this issue. Let’s all hope we never get there.